Xbox Series X - the next Xbox

Xbox Series X is the name of the next Xbox, the start of the fourth generation of Xbox consoles. 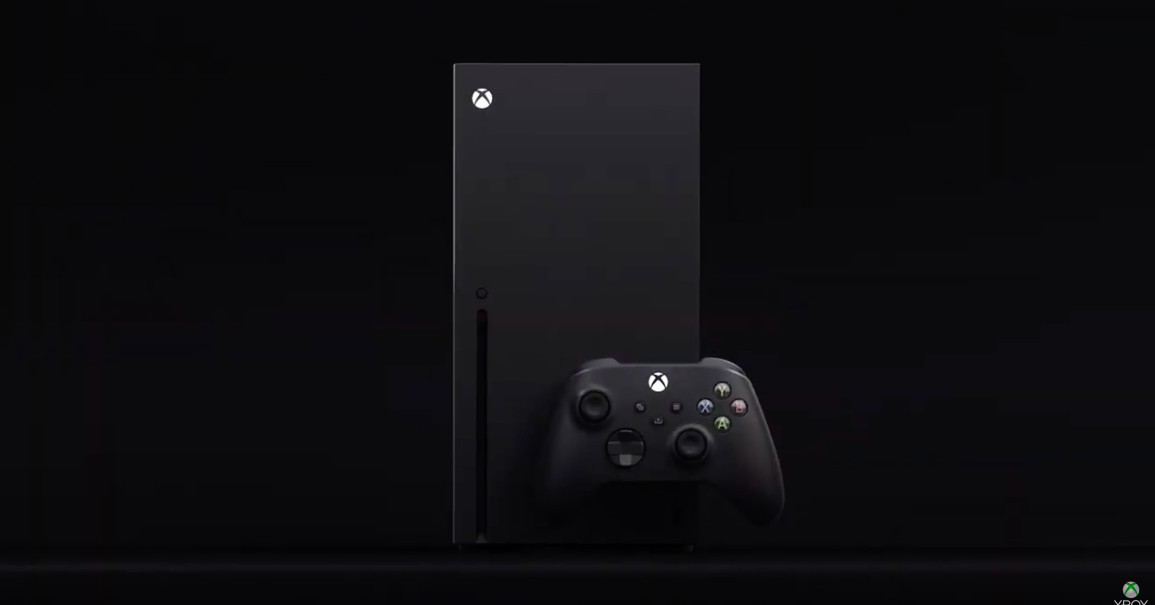 The tech sounds promising (40K/60fps apparently being a norm), as does the form factor which allows it to be placed on a desk like a mini Tower PC (it can be placed horizontal as well). Its also promising that you can freeze a game and start another, then pick up where you left off quickly, iOS style.

I’m less enthusiastic that Microsoft has not removed the bright lights from the console or controller. The name of the console seems too similar to Xbox One X; perhaps the idea is that they will release an Xbox Series S later, with these consoles replacing the current Xbox lineup.

From the official press release:

Thanks to backward compatibility, you can expect your gaming legacy, thousands of your favorite games across four generations of gaming, all your Xbox One gaming accessories, and industry-leading services like Xbox Game Pass to be available when you power on your Xbox Series X in Holiday 2020.

So, it will very likely play Panzer Dragoon Orta and Crimson Dragon.

The name is stupid, I guess maybe they’re going down the route of different models in the series? X1, X5, X7 etc.

I also am not really a fan of the way it looks… Its just a big, boring box. The Xbox One X is beautiful, I really thought they were going to go with something more streamlined. I’m gonna hold off on buying any new consoles until the inevitable updated versions come out.

It looks like Halo Infinite is coming out on Xbox One as well, so I can understand you deciding to wait. I may get one as I don’t have an Xbox One or high-spec gaming PC, and I imagine it will be affordable compared to a similar priced PC. But I’m not in a huge hurry to play Halo Infinite either (I haven’t even played Halo 5 yet). There’s also Hellblade 2 which appears to be exclusive to the new hardware (possibly coming to PC too).

It’s my understanding that Microsoft plans on releasing all of their future first-party studio games onto PC. Similar to what they did with Halo MCC, Gears 5, and Halo Infinite release. Therefore, I do believe that Hellblade 2 will come out on PC as well.

On a side note, Hellblade: Senua’s Sacrifice is a great game.

With gaming PC’S lasting much longer between upgrades, my three year old laptop still plays most new releases at 1080p high quality, so unless there was something exclusive to this new Xbox, I will still stick with the PC version of these games.

And that really is the problem with Xbox, it doesn’t have a swathe of great exclusives. Halo, Gears, Forza, and that’s it - assuming you even like those games. Now MS is promising to release future first party titles on PC too, so those who already have a decent enough gaming PC can skip Xbox too.

Yeah, for many people the choice to buy an Xbox over a gaming PC will come down to the price and some other niceties of consoles gaming (controller based UI, fewer issues due to fewer configurations, etc), rather than exclusives. Which is a good thing for gamers (having that choice).

If most Series X games run at 4K/60fps (questionable), the extra power of a gaming PC may not matter as much. It’s not like the PC has many exclusives either; for some gamers, the four generations of Xbox games may offer similar value to the PC’s library. That said, a number of important PS4 games have been added to the Epic Store recently but not to Xbox.

Honestly from a console standpoint, there isn’t enough incentive for me to get any of the upcoming consoles aside from maybe a Switch. I am not vested in any of the Sony exclusives to make a PS5 worth buying. The Xbox literally has no exclusive that I can’t get on the PC and my PC backlog is fairly long and I don’t see me picking up much new aside from Cyberpunk and a few other misc games when I find them discounted.

Honestly from a console standpoint, there isn’t enough incentive for me to get any of the upcoming consoles aside from maybe a Switch. I am not vested in any of the Sony exclusives to make a PS5 worth buying.

You can also play those Sony exclusives on PC if you have a fast enough connection and PlayStation Now is available in your country.

It’s a good point about exclusives. Sony certainly has more of them, but also a lot of those series will have “finished” by the end of this console generation. For example, The Last Guardian was the long awaited third part of a series that is unlikely to see a continuation, Uncharted 4 was the conclusion to the Nathan Drake story, I am assuming The Last of Us: Part II will be the end of that story too. After the disappointing endings of Game of Thrones and Star Wars this year I’m feeling quite weary of investing time and money into franchises continued on by people other than the original creators. I’ll play Panzer Dragoon: Remake of course, but it’s questionable whether any of these new consoles will be worth buying just because I’m a fan of past entries in a particular franchise.

I almost don’t want to buy any systems anymore. Mainly, because after a couple years into the life cycle we get completely upgraded systems within the same generation: Xbox One X, PlayStation 4 Pro…

It’s almost better to wait 2 or 3 years after the initial release.

The mid-cycle updates aren’t required either. You can skip them and still own a console capable of running every game. It would prefer to have the option. The base PS4 and Xbox One have massive libraries, and if you want a better experience you can trade in your old console for a discount on the enhanced model. It’s similar to how no one is forced to buy a new smartphone every year.

I’ve been very happy with my One X TBH.The 4K output has made a vast and big difference.
I’ve been very used to new consoles coming out every 4 to 5 years. 5 Years is long enough for most consoles IMO

I don’t think anyone is bashing consoles, just questioning the value they provide when upgraded versions are going to come out every few years. Why not just buy a PC and spend that money on an upgrade to that? That isn’t my hesitation, I honestly don’t see exclusives that are convincing me to pick one up aside from some Switch games possibly. Any game I am interested in is available or will come out on PC. With PC performance lasting a lot longer these days, the value proposition of a console is diminished. My 4 year old laptop is still performant and I think I can stretch it out another year or two, along with it being more than just a game device.

But the upgrades are inevitable and early adopters get left out. Meaning, if you want a better version of the console you shouldn’t buy it at launch. But then, you are forced to wait a few years.

Unfortunately, being stuck with the original model means certain games will run and look worse having been optimized for the upgraded model.

Only Die Hard gamers buy a system at launch, anyone buying a console at lauch gets left out in terms of paying a higher price and also where smaller more reliably consoles come down the line.

I very much doubt most casuals are unhappy with their base XBox or PS4’s. The Pro and X are meant for the serious gamer, the type of gamer that looks to buy and have the latest hardware

Frelled can’t help but think you’re going over the top. The One X came some 4 years after the base unit, that’s used to be what a console entire life span back in the day. Like I said it’s like people forget how we had the PS2 just 5 years after the PS, 5 years for the Cube and Wii and even less for the Wii and Wii U, never mind without a hardware delay, the N64 would have come out in 1995 just 5 years after the Super Famicom, never mind the 4 years life of the OG XBox or 3 years life of the Master System/Mark 3 to the Mega Drive

If one bought a PC Engine at launch you looked to needed to buy a expensive CD-Rom Add-On to play the latest BIG games, if you were a Mega Drive owner SEGA looked to ask you nearly £280 quid to get scaling, better sound and CD games, that’s before one looks at the Super Grafx, Even if you bought a 360 at launch, to get HDMI and 1080p output you needed to buy the newer version of the console.

Also, Consoles is called a console for a reason, it’s not called a PC. The easy of use and how everything is included in the box is the big difference (PC’s half time don’t come with TV leads never mind a pad)

I’ve never seen why people look to compare the two, there are different platforms

Only Die Hard gamers buy a system at launch, anyone buying a console at lauch gets left out in terms of paying a higher price and also where smaller more reliably consoles come down the line.

I very much doubt most casuals are unhappy with their base XBox or PS4’s. The Pro and X are meant for the serious gamer, the type of gamer that looks to buy and have the latest hardware

That’s not necessarily true. If the console has a good launch line up there is no reason to wait. And people won’t wait! And that doesn’t mean they are die hard gamers for deciding to do so. There are just quality titles immediately available.

Take the Wii and the Switch for instance: both had mainline Zelda titles right out the gate. With the Switch and Wii there was no reason to wait. And that gets me to the other problems consoles have at launch: manufacturing defects.

Talking about the Switch. I almost wrecked my joy-cons by sliding on and off the guard strap (and I was doing it right). The guard strap got jammed on both of them 3 or more times and was a bitch to get back off! So, I just decided to not use them at all. Still won’t use them to this day. And that makes the joy-cons feel very uncomfortable in my hands!

I also used the joy-cons to play Breath of the Wild at launch and immediately got signal latency. Link would just stop moving at random times meaning the controller inputs stopped working. Nintendo fixed this in an update but I had to wait a few weeks. Which is why I bought a Pro Controller.

Then, my pro-controller stopped working completely and I had to send it in to Nintendo to be repaired.

And let’s not forget about the Xbox 360 red ring of death fiasco and the first model of Xbox One coming with a built in Kinect, which made the console have less memory. Which they later rectified by the way with a new model, mere months after launch.