SEGA recently (late last year) released an app called “Shining Force” for mobile devices. The Shining Force app is actually a collection of three Shining games that were released on the Mega Drive - Shining in the Darkness, Shining Force: The Legacy of Great Intention, and Shining Force II, and you can pay to remove ads from one or all of them via in-app purchases. 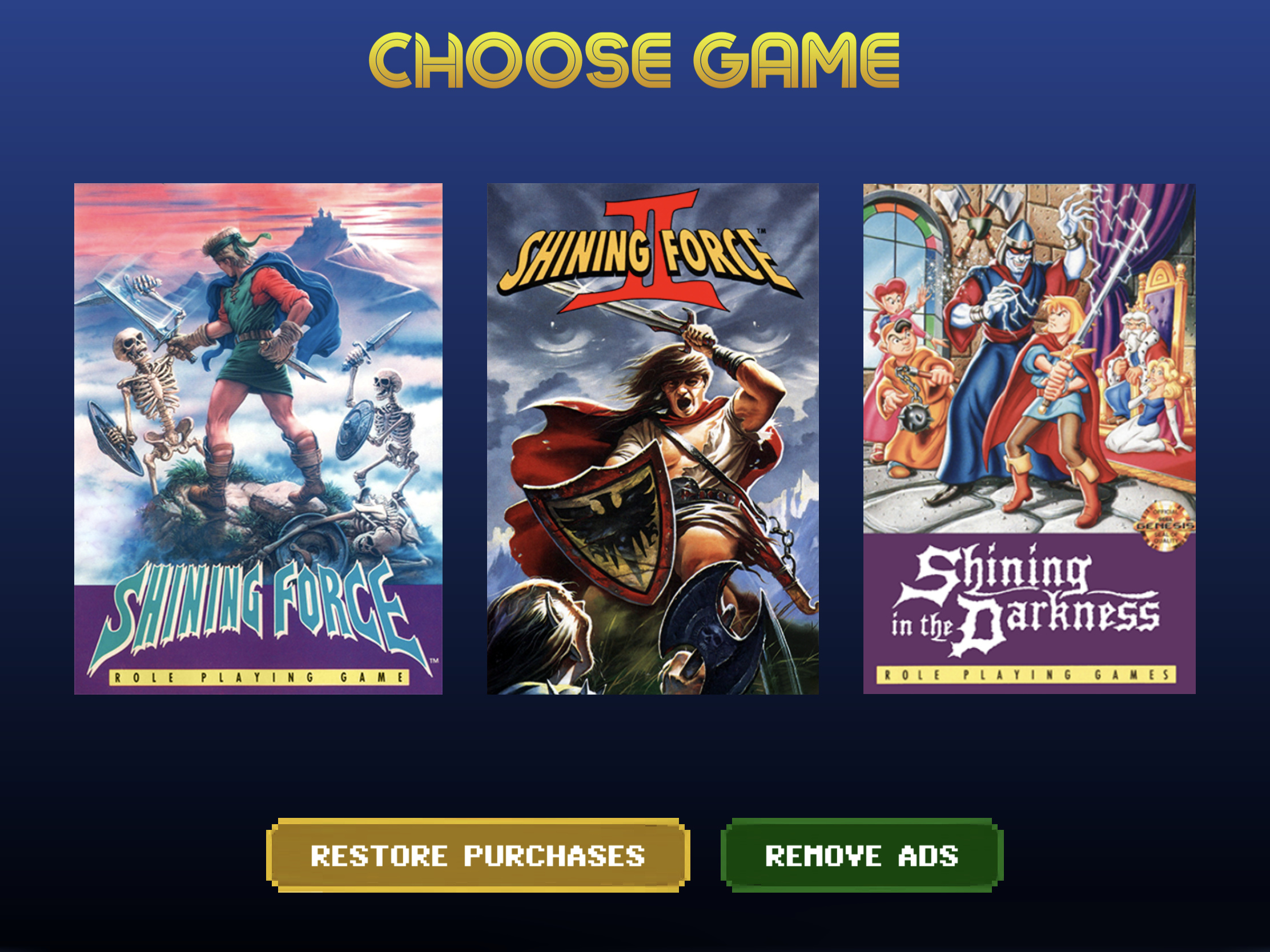 Since I never finished the original Shining Force, the portable/always on nature of mobile devices might make this a good opportunity to finally do so, along with replay Shining Force II for a nostalgia kick. I decided to start with Shining Force II, having fond memories of the game.

Unfortunately, this isn’t a full widescreen update like Mega Drive Sonic mobile ports, so we’re greeted with a 4:3 letterbox with black borders to the left and right. This allows a bit more room for the Mega Drive controller overlay to be off to the sides, but it’s still visibly over the text, as pictured here: 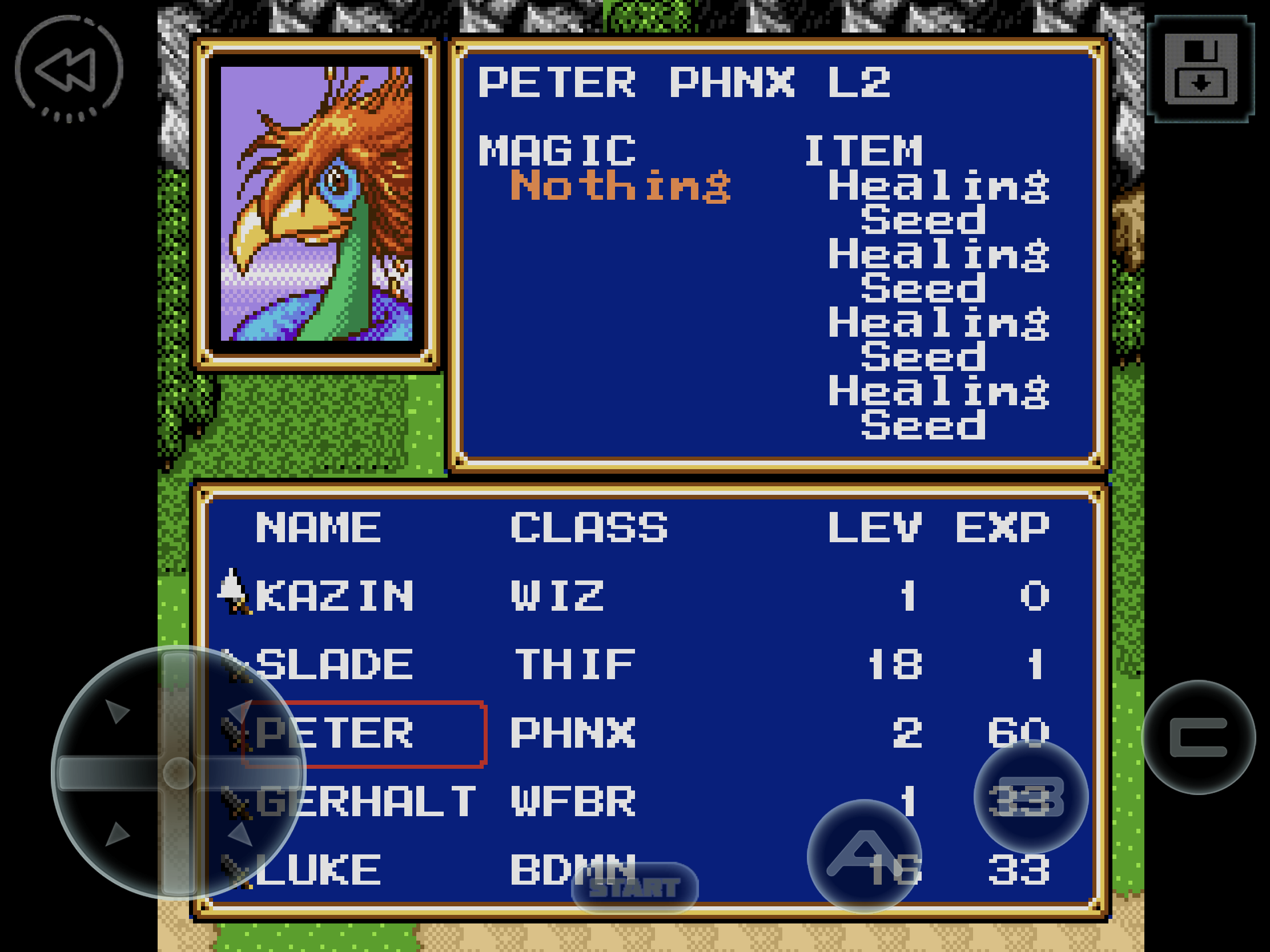 Still, it’s functional, and when you’re playing it fades away into the foreground as the gameplay takes precedent, so it’s not a huge sacrifice to enjoy gameplay that holds up surprisingly well all these years later. The on screen controls are decent too. I found them a bit fiddly on my phone’s screen (I have a smaller phone by today’s standards though), but on the larger 10.5” tablet screen the on screen controls work out to be roughly the same size as a physical Mega Drive controller, so it works out quite well when played like this. 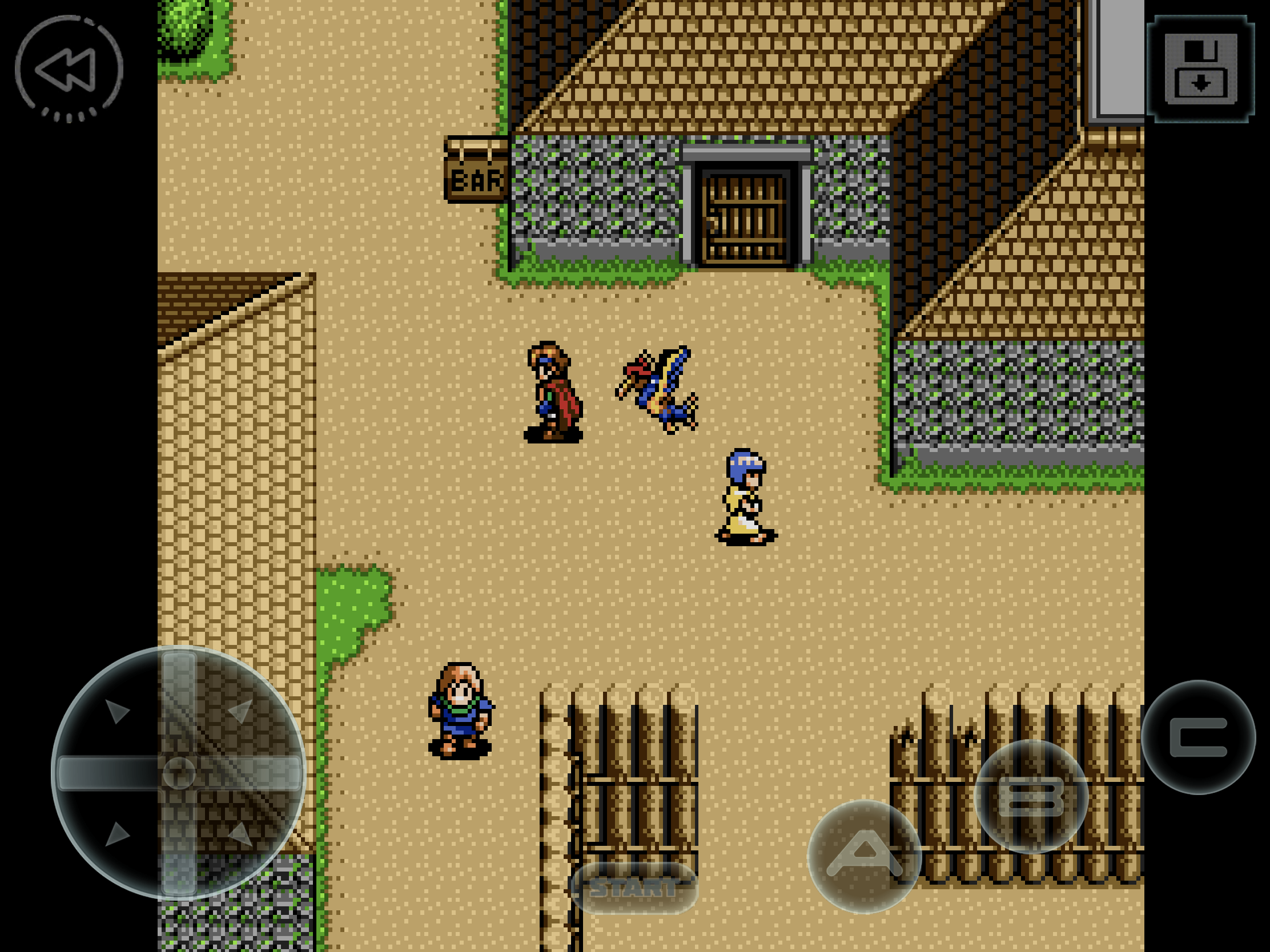 I believe these games are all on the Switch too, if you want to play with physical controls. For me, a large part of the appeal is being able to use the device I already have with me. Like any mobile game, it’s quick to freeze the game mid-battle to hop over to some other task. I’ve sunk a fair bit of time into Shining Force II already and look forward to continuing when I have some spare minutes that may turn into hours…

I did pick up this set even though I own the games on so many other systems. These games are the easiest to play on touchscreen controls, at least compared to all the other Genesis classics like Sonic. I don’t have to carry a Bluetooth controller to play. Shining Force gameplay is forgiving of touch inaccuracies. To top it off, all three of these are favorites of mine due to the story, atmosphere, and gameplay. Consider me a second recommendation!

Did you play the Sonic games on a phone or tablet @frelled? I thought Christian Whitehead created really polished conversions of Sonic 1/2/CD, given the touch screen limitations and with more screen real estate the tablet versions are much easier to control. It’s a shame Sonic 3 & Knuckles wasn’t ported to his engine; I’m still hoping that will happen along with a mobile version of Sonic Mania.

Solo, the Whitehead ports of Sonic 1, 2, and CD are phenomenal and stand out as an example of how to do a Genesis port right. I just personally really dislike touch controls for games like those due to having larger hands and the inaccuracies I experience in control. I own an 8bitdo SN30 Bluetooth controller that I have used when playing those and emulators on my phone. Shining Force being turn based is much more forgiving of touch controls and seems the ideal kind of game to port. The games run well after some updates, but I wish Sega would do the same treatment on these ports as they did with the Sonic games.

Sonic Mania on Android/iOS would be great. Maybe they will. I would love Sonic 3 and Knuckles to be ported also, but I keep hearing there is some kind of music license issue. Supposedly Michael Jackson composed the music for Sonic 3 and his estate retains the rights. Sega would have to replace all the music and they seem to be unable to invest money into something that will make their fans happy and them money. Thankful that emulators exist in the meantime!

iOS 13 (and the new iPadOS) will support Xbox One and PS4 controllers natively. It’ll be interesting to see if Sega supports these controllers in games like Shining Force, perhaps with an option to hide the on screen controls? While it’s not exactly a Nintendo Switch, it might be a decent way to enhance the portable systems many already have with the controller they already have.

Based on their Bluetooth controller support, I would guess no. My 8bitdo M30 works fantastic for most games and apps on Android and PC except for the Sega Classics games. Even the new official Retrobit USB controllers required some effort to get working properly with Sega Classics. The Xbox controllers under Windows do work with everything though, so maybe they will not have the same issues?

I’m thinking that because these are such popular controllers, and Apple is supporting them officially in their OSs now, we’ll see more support. We’ll see. We might see a boost in controller support on iOS/iPadOS due to Apple Arcade since those games have to work on tvOS/macOS too.

The Xbox controllers do indeed work well under Windows in my experience. With the Dual Shock 4, I’ve had issues with some games, even with DS4Windows installed, so currently I use an Xbox One controller to play PC games. Most on screen button prompts in PC games reflect the layout of the Xbox controllers too, so there’s that.