Well, when compared to Shenmue 1 and 2 they almost look worse or inaccurate. Which is hard to believe and pretty bad…

I still haven’t finished the remasters, so this delay gives me some time to catch up. Looking forward to dropping right into the third instalment afterwards. Shenmue III is unlikely to be cancelled at this point. I just hope we get an ending at some point.

That’s as good as it’s going to look…And I don’t think the story will ever be finished, since I doubt there will be another game after this. After this game there should just be a complimentary anime or cg movie to finish it…

There are those that said this day would never come. 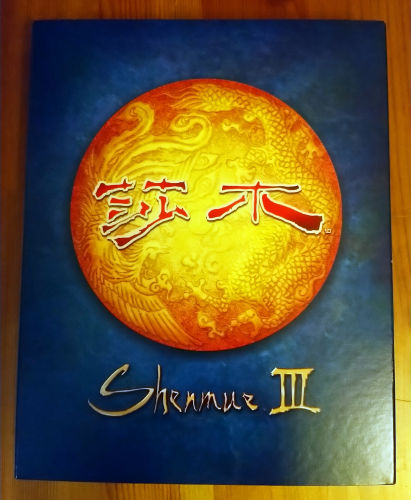 What are they to say now?

I wish we got a special steel case. Oh well…will be playing the game Friday!

Apparently this game is quite similar to the first two. Polygon review: 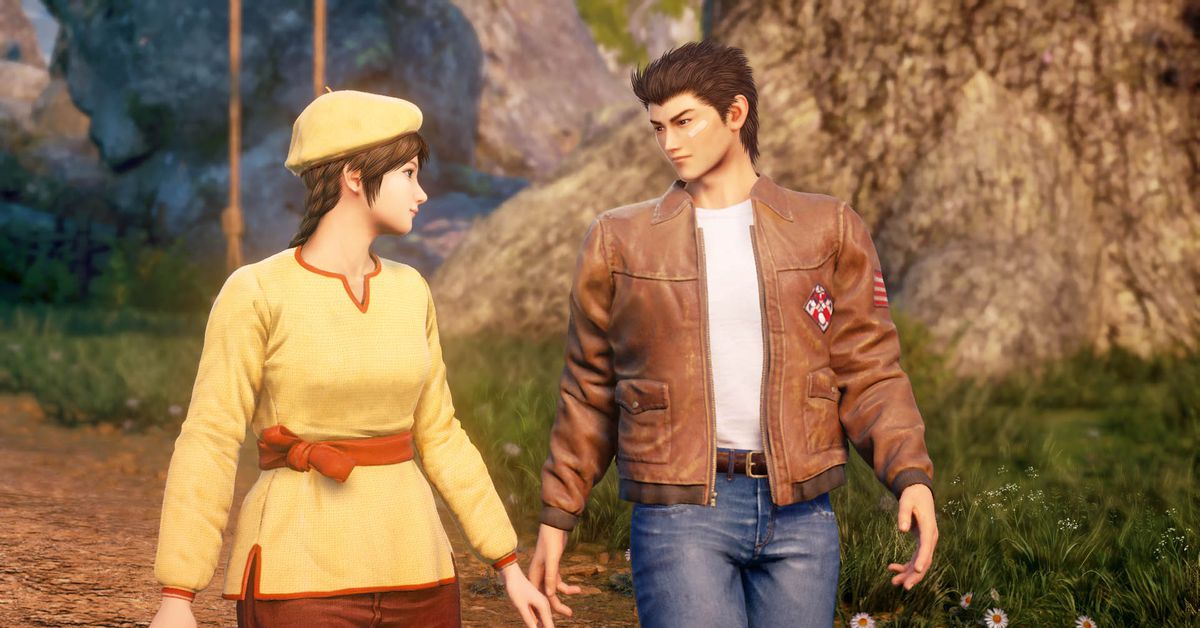 Shenmue 3 is passable as nostalgia, but not as a game

That might not necessarily be a bad thing for us fans wanting to experience a bit of nostalgia while getting fed the next chapters of the story. But I worry that the larger gaming community might not be so receptive, lowering the odds of a Shenmue IV.

I just saw physical copies of Shenmue III on a real store shelf. It’s a full price PS4 game ($NZ100). It’s still hard to conceive that this is a real game now.

About 25 hours in and still feel like there’s a lot of game left. I’ve been doing a lot of the side things though.

I have been sidetracked by the great distraction that is hunting for Choubu-chan!

So, in Shenmue III, does Ryo have a vitamin D deficiency from staying in that cave for 18 years?

I’m sure SEGA feels similar remorse over the Shenmue franchise.

And maybe now Sony too but, hey as long as we get more Shenmue it doesn’t matter.

So I’ve finished the game now and I really enjoyed it! I think you have to go in with the right expectations, and, yes it’s not a AAA title but that doesn’t mean it isn’t great. I think already having that love for Shenmue and its quirks definitely helps too but most importantly it is fun in its own right.

The story moves at a good pace and keeps you interested, there’s plenty of extra things to do/see if you decide to get distracted, and the fighting is real easy to pick up and become a bad ass with.

Overall I’d give the game a 7 out of 10. Maybe a 7.5 depending how I feel. There are some things that I liked and some things I didn’t.

For starters the environmental graphics are nice but aside from the main characters: Ryo, Shenhua , Ren etc. all the other npc’s look extremely grotesque and deformed. For instance I went to see a man about fishing. His head was bigger than his body and his face looked overly bloated. Almost all of the npc’s don’t look human! They look like freaks of nature! This makes the game feel more like a parody of the Shenmue series. Also, most of the female npc’s look like porcelain dolls rather than real people with stiff facial animations.

The story is very slow and uneventful. You learn 2 minor story points throughout the entire game! And they are incredibly vague. At the end, something is explained to you, but even then you still don’t understand what happened. There also isn’t a lot of character development with the side characters you meet.

Also, a major thing to take note: most of the supernatural or magical aspects of Shenmue 2 have been removed or retconned. For instance: The intro cutscene does not show the Seven Star Sword floating or levitating any more. They actually made the sword smaller for Shenmue 3; almost like a small knife now! And the Shenmue tree is also smaller than how it was depicted in Shenmue 2, giving it less of a magical presence, feeling more like an ordinary tree now…

The fighting system is fun and almost feels like the Virtual Fighter system but without the throws. Now you have to level up all of your moves. Note: if you master all of your moves you won’t be able to level up further unless you find or buy a new fighting move to practice. This adds more time to the game and you will be spending hours leveling up your fighting skills.

Now I must mention quick time events. They feel dumbed down and the window in which you have to press them is lightning fast. Meaning, by time your brain registers the button it’s already over. And most times they are just single button presses. No complex strings of commands and certainly not as forgiving as they were in Shenmue 2.

Three are two instances where you will need a lot of money. 2000 in Bailu Village and 5000 in Niaowu. This means you will need to do a lot of gambling. In order to get real money in Shenmue 3 you have to buy tokens, use the tokens to gamble, win more tokens from gambling, take the tokens to an exchange teller and buy items like gem stones. Then you take those items you bought from the exchange teller and then find a pawnshop, where you trade in your items for real money. It’s a long convoluted process. You will spend hours doing this and it can be very frustrating. You can go to a fortune teller and get a reading which tells you your lucky color or number. Then you have a limited time to use this in the gambling games. Before you gamble you can save and reload if you lose though. But it still takes forever to get money.

I was also disappointed with the arcade games and capsule toys. There are no old Sega games to play. Just some generic arcade games, like basketball or golf. Also, the capsule toys are incredibly ordinary and boring. For example: a set of fire extinguishers, a set of keys, or a set of tennis rackets… I never got not even one of these. That’s how interested I was. Sega really needed to license some of their franchises for this game. But, that probably would have cost Yu Suzuki more money. A disappointment, but maybe we’ll get proper Sega capsule toys in Shenmue 4…

Everything else feels like standard Shenmue: talking to npc’s, picking up items, going back and forth to different locations and looking for story points.

This feels like more of an extension of Shenmue 2. Apart from the starting area, Bailu, Niaowu feels almost exactly like Aberdeen. And my major problem is that you don’t get any major or meaningful story explanations for the 25 hours you will be playing this game for. Sure this game feels like Shenmue, but maybe it plays it too safe? It really makes me wonder if Yu Suzuki really does have the story planned out or not, or if he’s just making things up as he goes. Only giving us small threads to go on. At this rate, we will never see an end to the story. I guess we can only hope Shenmue 4 gets green lit!

Three are two instances where you will need a lot of money. 2000 in Bailu Village and 5000 in Niaowu. This means you will need to do a lot of gambling.

I made all my money by becoming a herb master

Yes it was a little slow but not as slow as gambling would’ve been!

I also had a problem with the last fight at the end of the game. No spoilers, but that cutscene before you fight a certain some one…ruined what was supposed to be a serious moment with over use of humor. If there ever was a time where you shouldn’t be using a quick joke, that was the time…

I started playing this. It feels like a direct continuation of Shenmue II in almost every sense! Same voice actors and dialogue style, similar environments. It’s almost as if the last 17 years hasn’t happened. The nostalgia…

There are some new additions such as requiring food and drink in order maintain energy which add more realistic element to Ryo’s adventures. That said, the gameplay does feel dated in many respects, and doesn’t evolve the formula much. If they continue with the current mechanics, Shenmue IV should be the final game. But if the series is going to continue on for longer it would make sense to look at modernising it.

Unfortunately this is another PS4 release with an inconsistent frame rate. Luckily a lot of Shenmue III takes place in conversations where this isn’t a problem, but when exploring the world it’s definitely a distraction. I’ve found that turning off Boost Mode in the PS4 Pro’s system settings helps. But if you own a gaming PC, the Epic Store version is almost certainly the better experience.

See I found it fine as far as performance was concerned! Maybe a few drop outs later on but the early stuff ran fine on my PS4 Slim!

Yu Suzuki said himself, the story has 11 chapters and after Shenmue 3 he would need at least 2 more games to finish the story…