I remember @Geoffrey talking about the first game back in the day (and if I recall correctly praising it). What do people think of this new sequel trailer? 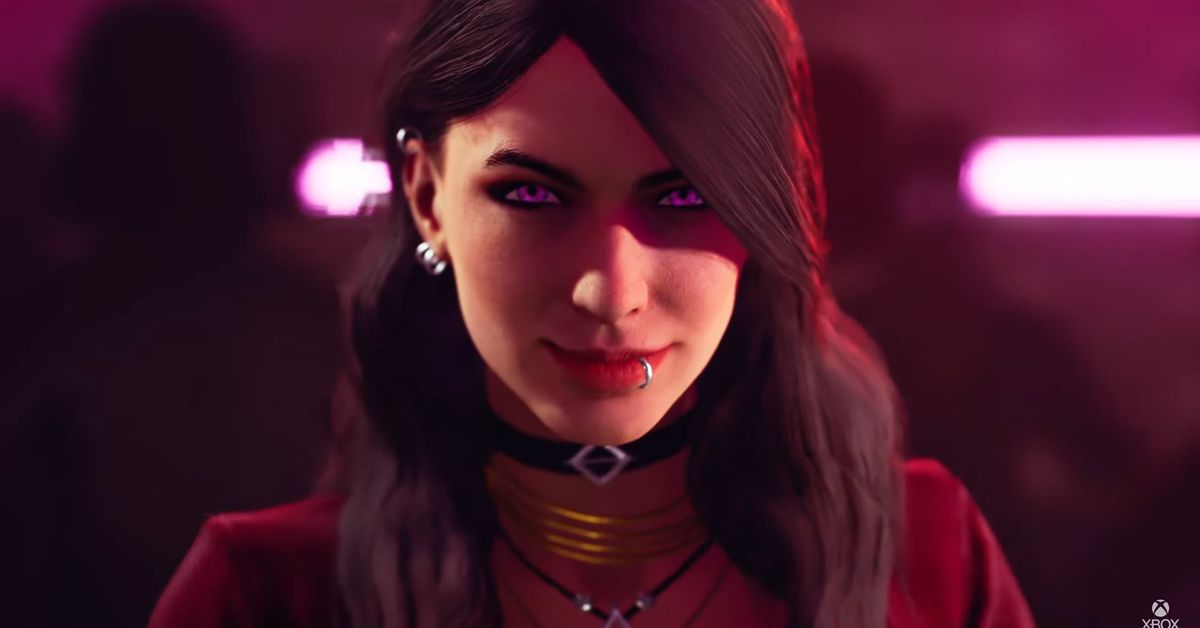 Vampire: The Masquerade – Bloodlines 2 is coming to Xbox Series X

Expected in March, the sequel was recently delayed

I like the idea of choosing what kind of vampire you’ll be.

I have the original from GOG but never got around to playing it. That said from what I heard, I imagine I would have enjoyed playing it back in the day, despite it apparently being quite in a somewhat unfinished state. The sequel is definitely on my radar, I hope it ends up being a good game.

You have an amazing memory, Solo.

The first game was a work of art (if you remove the game breaking bug that was there when it launched). I saw a trailer for this and thought it had potential. I need to look into it some more.

The Anti-Diluvians (pre-flood vampire progenitors) were very interesting. I wanted to see how such ancient entities would interact with modern vampires. Especially Malkavia and Ventru.

I had been meaning to try the first game, but never got around to it. I prefer to keep moving forward so I might give this new instalment a try when it arrives instead. From your point of view does it seem similar to the original (based on the limited information we have so far)?

I would need to play it judging from what I have seen. It seems to have moved away from the colourful style of the first game and towards more realistic graphics. From a story point of view, maybe it has moved away from the main vampire faction (The Camarilla) and towards smaller factions more, but I would have to play the game to find out. In the first game it was clear who the power was.

There are strict rules if anyone reveals that they are a vampire. If someone breaks the rules something will happen. I wonder if we will see that in the game. The gameplay seems similar.

Overall I can’t judge from the trailers. It looks interesting. In the first game they used a Lacuna Coil song at the end, which was awesome:

Remember vampire: it is the blood of Caine that makes our fate.

I prefer to keep moving forward

Sometimes that is all we can do. I do recommend the original game if you have the time, however. It has aged very well, and the story is very original and it has a great soundtrack. I would say that it is one of the best RPGs ever made.

The original has pretty bad gameplay imo but the story/dialogues/freedom is worth it. Hopefully this successor does it all good rather than improve the moment to moment gameplay and reduce the rest.

The original was a work of art in my opinion.

Edit: Edited to be friendlier.

Some FPS have bad gameplay, yes. Those with bland gunplay, combat ai and worse melee systems do.

Bland compared to what?

It is an RPG. Some people think that it is better to do nothing unless it is perfect. Bloodlines was a great game, for more than its story.

Good FPS. I know it’s an RPG, you brought up FPS games.

I don’t want to argue with you Alex. You are right: some FPS games can be/are bland. But to address your point maybe more specifically I disagree with you on this. I overlooked that you said it was your opinion, and I was quick to be protective. I apologize.

You can play the game with a first person point of view that also has RPG elements. I think maybe it wasn’t for everyone, but this is a great place to take some RPGs IMO. So for example, your character can learn how to move very quickly to the point where it seems like time for everyone else has slowed down, while using standard FPS weapons. And of course, you can talk to other characters from the first person point of view where they are voice acted.

The story is dark and the music is fitting IMO. I might play the sequel.

Did you play VTM: Redemption? That used a third person view as standard, and I thought it was great if you can really appreciate role playing games. It was set in the middle ages and goes all the way to the present time, which I thought was great. I loved some of the music as well.

This setting has such amazing potential. One issue that is annoying me at the moment, and maybe you can comment on this Alex, is how games seem to be all or nothing now. They start as million sellers or the aren’t made (to give an extreme example). Whereas something set in this world could be a great game but under-sell when a sequel has the potential to be a huge success.

But that is life now.

I think there are still smaller less hyped games being made. Some times they become runaway hits but that doesn’t mean they knew that’s gonna happen. Like recently Disco Elysium or Seven or Shadow Tactics or Mutant Year Zero or Hollow Knight or Battletech and stuff. I think gaming overall is at a good place. Since crowd funding became a thing and “lost” genres were shown support, people have been making them without crowd funding too. I love seeing stuff like Original Sin and CrossCode and Sea of Stars. For first person stuff I’m looking forward to Gloomwood, it’s a Thief/System Shock-like from a very passionate developer who seems to know what made Looking Glass games great and is able to implement it well. Pathologic was another IP return I didn’t think would ever happen. Spiderweb Software keeps trucking along and has also made new stuff, not just their token remakes. Etc. Also I’m into VR a lot and that is basically dominated by smaller productions as high budget games like Alyx are few and far between. Lots of goodness for all kinds of tastes and budgets. But even for high budget we get some cool stuff. Who thought Resident Evil would go back to being less hollywood bombastic after 4-5-6? Yet we got 7 and 2 Remake as pretty great entries. And then there’s The Falconeer that is basically imo pretty much how SEGA should have brought back Panzer Dragoon. I’m not sure whether to pin that as a low budget game being from a tiny studio and largely an one man gig or higher budget because Microsoft got involved in some way to give him the freedom to toil at it. I’m leaning to the former I suppose, and it’s awesome.

I suppose when the studio has to pay money for the license it’s a riskier proposition. But there was also that lower budget Vampire visual novel-ish RPG thingie that apparently did good and is getting a sequel.