What do you think of the trailer?

I liked the way the teaser focused on new characters (instead of Han/Leia/Luke), while clearly showing a continuation of the world from the original trilogy. Hopefully this means that the story will evolve and won’t just be a rehashing of old themes. We shall see.

God I am excited about this; albeit cautiously so.

Cautious is the right word. I imagine it’s going to be more politically correct than the previous films. I was never really a fan of Star Wars anyway. I just loved the idea of space knights.

I wonder if Daisy Ridley’s character is the protagonist? She looks like Padme from the prequel trilogy - a relation perhaps?

I’m sure in the extended trilogy Han and Leia have a daughter, so I would assume it’s her?

If by extended trilogy you mean the expanded universe, I recall reading that they’re not basing the story on that. Only the six films and The Clone Wars cartoon are canon (pre Disney buyout). Making her Han/Leia’s daughter makes sense though.

Do we know how many Jedis are going to be in this? The trailer had a lot of views. This is going to be popular if the creators do things properly.

Do we know how many Jedis are going to be in this?

No idea. Luke was the last in ROTJ, but he likely would have trained more since.

For the Sith, there is the “rule of two” mentioned in the prequels. But rules were made to be broken.

We shall see. Nevertheless, if this is another women-are-the-center-of-the-universe-and-men-are-inferior stories, I won’t support it. I’m tired of real life politics destroying fiction.

I used a blue lightsaber in KOTOR. I am a guardian Jedi. What about you Solo? What color lightsaber would you use?

In KOTOR my character fell to the dark side. So, red. >:)

In KOTOR2 I was Jedi. I don’t recall what colour lightsaber I ended up with. I liked the way your dialogue choices at the start of KOTOR2 determined what the KOTOR1 character’s choices were (within the history of that world).

What I mean is, before the fall of the Jedi Order (in the expanded universe), the Jedi used different colored lightsabers to reflect their roles. 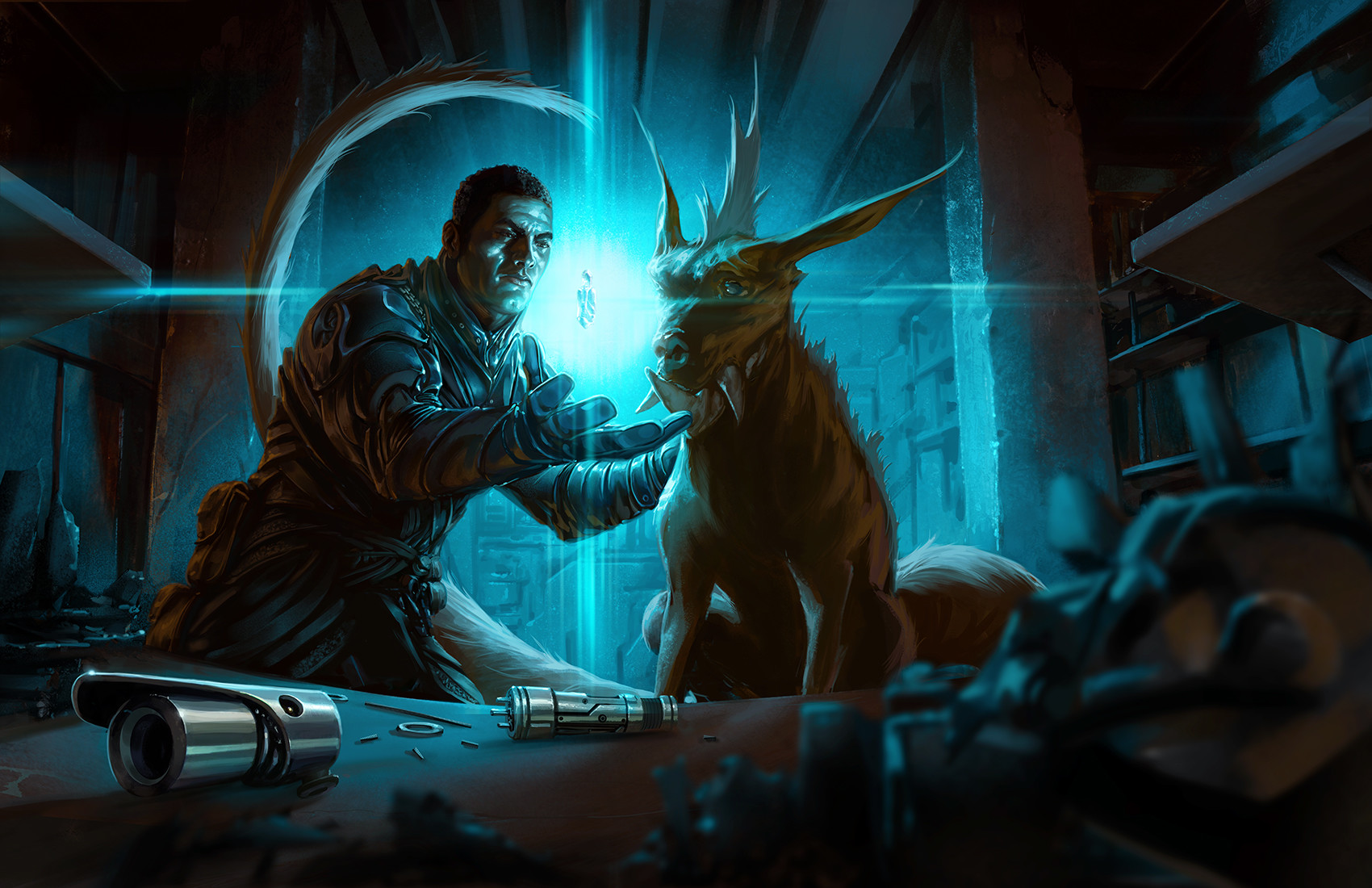 Lightsaber crystals, also known as kyber crystals, were a variety of crystals, gems, stones, or other objects used as the energy source of a lightsaber. At the heart of every lightsaber was a set of crystals that resonated to produce the efficient,...

I am curious what color lightsabers people here would use. But I would use a blue lightsaber without any doubt. I’d be allergic to the Sith. I can’t stand evil.

I wonder how much of the expanded universe the new films will incorporate.

Going by those colour roles, I would probably use a green lightsaber.

I used purple in KOTOR, simply because it was the coolest colour (and unique compared to other Star Wars media I’d seen).

This movie has been considered (in one form or another) since 1983. Here’s some evidence:

Teaser #2 has been released:

It looks great. They’re definitely appealing to nostalgia here, and I have no problem with that. The visual consistency with the original trilogy already feels greater than that of the prequel trilogy. My greatest fear is that they’ll appeal to nostalgia too much, at the expense of an independent story. The movie needs to stand on it’s own, rather than because of all the references to the original trilogy.

The fact that Harrison Ford, Carrie fisher and Mark Hamill are in the movie without any previous knowledge would lead me to believe it’s a continuation of their storyline. I know it’s not.

Being a fan and having nostalgia for the first trilogy, makes me sort of bitter that they play minor roles. At this point I could care less about the new characters. I’d rather a continuation of the original characters arcs.

Like you said I sort of feel cheated in a way. Out with the new and in with the old…Well not to say I wouldn’t want the original characters to be absent…

Luke Skywalker’s story arc came to a conclusion at the end of Return of the Jedi. His story concluded when he resisted the Emperor and chose death over the dark side. If the new film focuses on him significantly, it will be either a new story or a forced continuation. I can see Luke acting as an Obi-Wan mentor figure for the next generation of Jedi.

Leia’s story could be developed more (for example, showing how she has changed since becoming a Jedi), as could Han Solo’s. Or perhaps Han’s character will remain much the same, as the rouge hero from the original trilogy. We shall see.

Going by the hooded figure shots in this teaser, they may be saving the appearance of Luke and Leia as a surprise (either for the first long trailer, or until the actual film).

And what really has me upset, is what might happen to a certain character…if the spoilers are true.

I also heard Luke doesn’t get much screen time, playing a more prominent role in Episode 8.
I must say they have nailed the look and feel of the original trilogy, while making it feel updated. Those practical effects are going to really add to the experience!

Also, if you listen closely to the dialogue in the trailer; as Luke says “I have it”, you see the hooded figure with robotic arm, next to R2-D2 (Is most likely Luke).

As he says, “My sister has it”, you see someone handing a woman Luke’s lightsaber (obviously it’s Leia.).

It’s a nice touch that most people could overlook.