I just recently played through Sonic 3D Blast again for the Sega Saturn and wanted to say how much I appreciate the fine little details that were added to the Saturn version and make a slight comparison against the Genesis version.

The Saturn version has just beautifully rendered 2D backgrounds with little touches like weather effects that the Genesis version just couldn’t pull off. And not to mention, a completely new soundtrack that dynamically changes with each new act! So, below I’ve written some key points that differentiate the Saturn version from the Genesis version as well as some key developers and their previous works.

Did 3D Modeling for Sonic 3D Blast (Also was Chief Designer of Skies of Arcadia and did Modeling Support on Sonic Adventure.)

Was head designer for Sonic 3D Blast (Also was a game designer for both Sonic CD and Christmas NiGHTS into Dreams.)

Did Playfield Design (SOJ) for Sonic 3D Blast (Also was the Map Design Director for Sonic R, the director of Sonic & Knuckles and Sonic the Hedgehog 3 and did the game design for Uncharted: Drake’s Fortune.)

Key differences and comparisons between Saturn and Genesis versions:

First thing to note is the game has completely 3D special stages with Sonic, tails and Knuckles having full 3D models. Very similar to what we saw with the character designs in Sonic Mania’s Special Stages.

The Saturn version has a new soundtrack done by Richard Jacques that dynamically changes during each of the 3 act stages. He was also one of the composers for the game Mass Effect.

Use of character and enemy shadows:

Sonic himself, enemies and bosses all have complex shadows. (Genesis version also did this pretty well.)

There is another version of Sonic 3D Blast; am Official Director’s Cut coded by the creator of the original game! Includes: 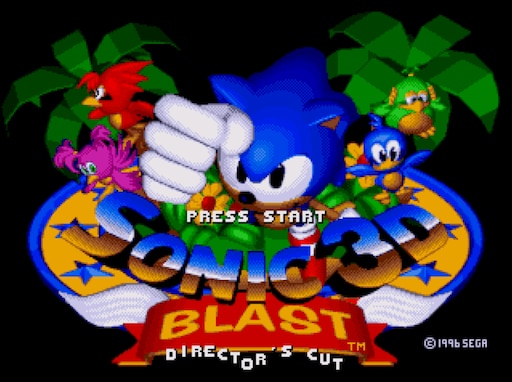 Sonic 3D Blast is also completely playable from start to finish in the RetroArch Sega Saturn Kronos Core. Along with emulating the game you can use cheat codes like: Invincibility, Max Rings and the ability to make a save state at any location in the game.

Lastly, here is a longplay of the game if anyone wants to check out the Saturn version and all of the little details I mentioned: 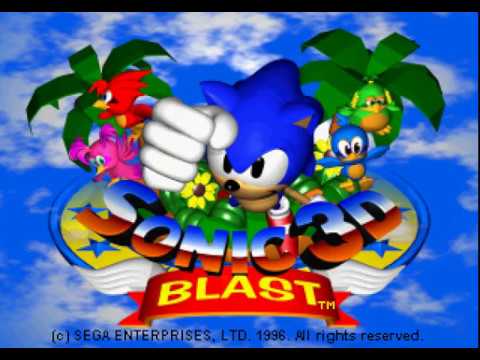 I always liked 3d blast I thought it was a decent Sonic game, but I would go and say that the mini-games were my favorite part of the Saturn version.

Yeah, the special stages sort of feel like a Sonic R prototype. Seeing how Hirokazu Yasuhara did the playfield design and later went on to do the map design for Sonic R!

Given there wasn’t a full 3D Sonic game Saturn. I was excited to see 3D blast for saturn (didn’t know at the time there was a genesis version as stores around me had stopped selling older console games some time ago) and I played a lot out of it. Special stages were my favorite part by far.