Solatorobo: Red the Hunter (If you like Skies of Arcadia then....!)

You’ll love this game! Not that many people have heard of or played this little known Nintendo DS game called Solatorobo: Red the Hunter. And it’s actually a sequel to the original Playstation game, Tail Concerto. But Solatorobo is much more ambitious: in its world, lore, design and aesthetics. And is quite simply one of the most beautiful Nintendo DS games! Solatorobo is a world of floating landmasses with many similarities to Skies of Arcadia. There are also Airships and Sky Pirates everywhere. The world even has its own history, religion and cultures as well. From explanations of crystal technology, keeping continents and fish afloat, religions where people worship birds, to two distinct cultures and races of people called Felineko and Caninus. There is even an encyclopedia type option in the game to read about all of this too.

Each island you visit is it’s own culture containing its own unique city and setting, from a city of giant fungi structures where the people tame and train giant insects, a city with a giant forest where the inhabitants worship birds because they think they bring the souls of the dead to the afterlife, a city of rundown and shipwrecked battleships where you can fish for giant creatures, also containing an orphanage, to an island with a temple of monks who train to use a magical power called Nono. And that’s just a few examples of the locals in this game. 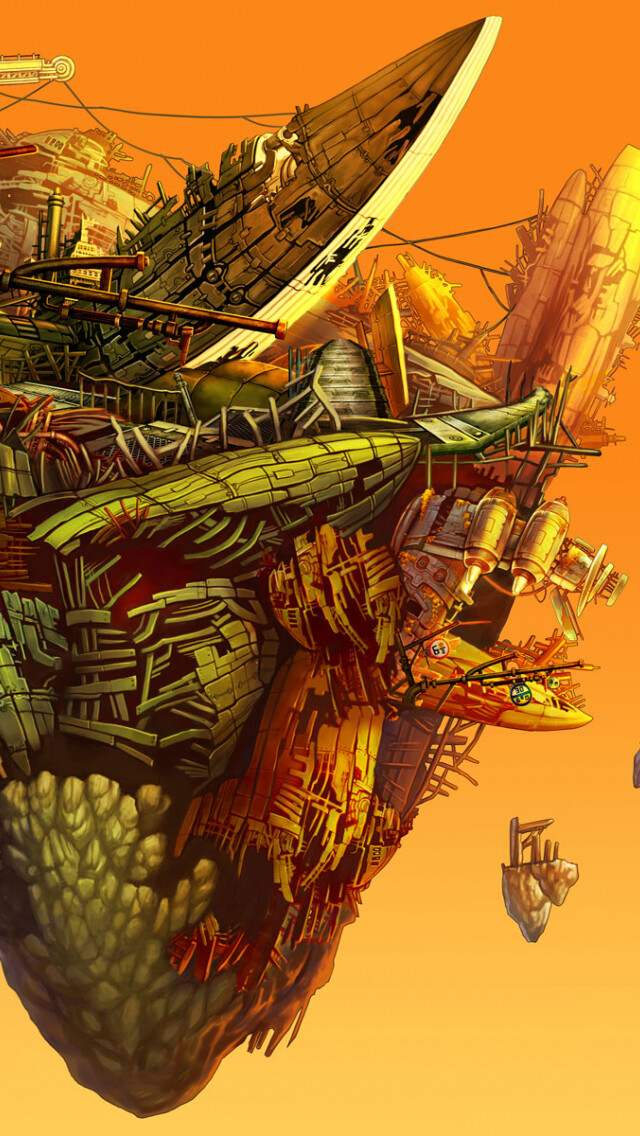 The characters have chemistry and are full of charm to. You play a Red Savarin a hunter for hire. Who tags along with his sister flying around on their own airship looking for adventure. The dialogue is witty and at times has hints of humor. It is very well written in my opinion. As all of the characters quirks and idiosyncrasies makes you like and relate to them. The story also involves saving the world from ancient technology left over from an ancient race that used to live below the clouds. Remind you of anything? 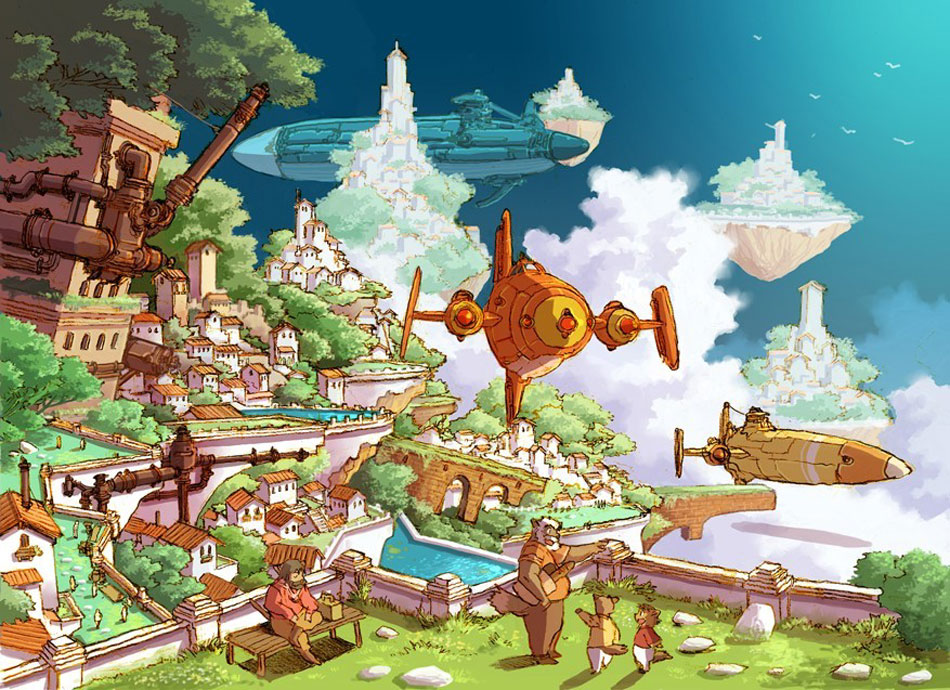 The gameplay is simple, Red rides a robot and you pick up objects as well as enemies and throw them. You can also get off of your Mech and run around, climb, explore and shoot things. While some say the gameplay is too simple I actually like it because it’s not this big complex turn-based affair. There are also open zone sections where you can fly the mech around and explore small islands. You can also upgrade your mech as well, with upgrade blocks that you put inside the engine for: strength, defense, speed, and hydraulics. And the soundtrack is also great with some atmospheric and catchy tunes that fit the world and its locations perfectly. 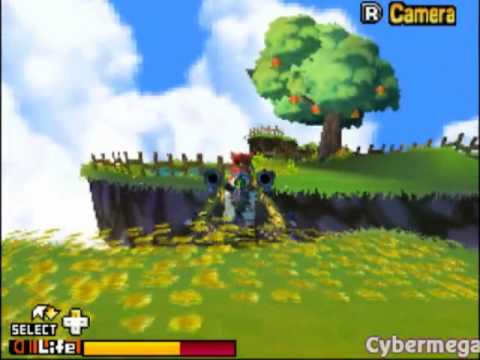 In conclusion, I’d like to say this is definitely a hidden gem that would most certainly appeal to Skies of Arcadia fans. It has its own world full of history and lore and the designs are fantastic. Unfortunately, the game goes for well over $500 now on Ebay, so your best bet is probably emulation. And in the end it’s a nice little charming adventure that shouldn’t be missed!