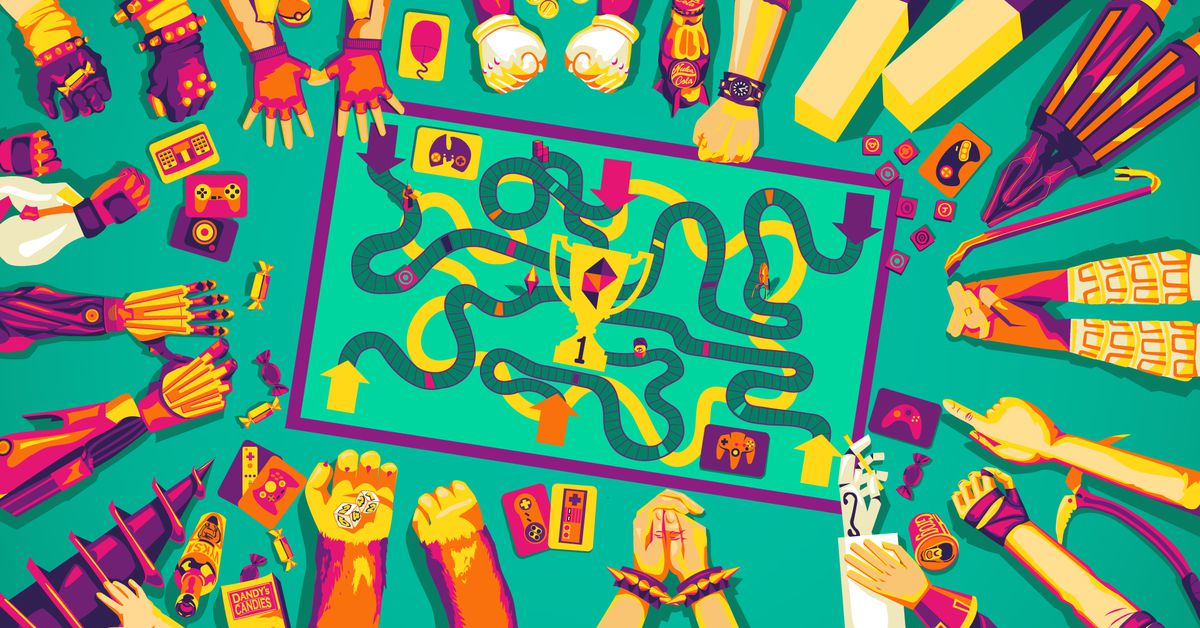 After weeks of voting and arguments, we’re ready to present our choices

Panzer Dragoon Saga is strangely absent from the list, although Orta and Zwei make the list at 352 and 328 respectively. I can only assume that most of Polygon’s staff simply haven’t played it because of it’s rarity.

Why would Orta and Zwei make it, but not Saga? If you think about it, only one or two people probably put together that article. How was the article created? Did they take some kind of poll or vote, for the game list?

If not and only a few people put together that article, it doesn’t speak for the majority of gamers. It’s still one persons subjective opinion. And this person or persons, probably never played Saga. So, it must be the rarity. I’m sure these guys didn’t have $800 to spend on Ebay.

Did they take some kind of poll or vote, for the game list?

“Then we voted, but we knew we had gaps in our knowledge on staff. So in addition to gathering votes from the Polygon team, we worked with a group of external and freelance writers to pull in their input…Collecting all those votes together, we then combed through the data for anomalies and came up with the final order you see here…”

Seems like the sample size was fair, but whether it was representative is less clear.

On a related note, Skies of Arcadia is another heavy hitter JRPG I would’ve expected to see on this list.

No Last Guardian either.

At least Journey and Shadow of the Colossus made the top 50.

I guess they might have been asking younger individuals too who were too young to even have played some of the games. We’re getting old…

We need an An’jou with a grey beard emoji for times like this.

We need an An’jou with a grey beard emoji for times like this.

You said it brother!

Surely games with deep and meaningful stories, complex interactions, rewarding gameplay and fascinating worlds are the best games of all time? Games that have EVERYTHING, not just one dimensional time killers.

Tetris deserves to be somewhere in the top twenty, or at least the top forty. It’s literally a near perfect game in that there’s not much you could do to improve it’s flawless design. Adding more complex mechanics, or a story would only serve as gimmicks on top of it’s intrinsicly rewarding feedback loop. Although if you want a (dark) story for it you could say it mirrors the struggle of life. In it’s circularity it also has something in common with Citizen Kane, a film that is often placed at the top of greatest films of all time lists.

Should all games strive to be as minimal and complete as Tetris? No. We benefit from a range of different games, some on the pure game end of the spectrum, others on the hybrid, moving towards film end. I think Polygon’s list favours the pure game approach, featuring lots of Nintendo games that put gameplay first and foremost, often neglecting things like story. That could be why Orta is on this list but not Saga - as a pure game it’s mechanics are the more direct and involving of the two.

Where Panzer Dragoon Saga excels is in its hybrid nature. As @UrbanReflex inferred, it is not great at just one thing, but a wide range of aspects. Gameplay, art, visuals (for the time), world building, story, audio, knowing what to leave in and leave out. All masterfully done. It’s not a perfect game and for most of aspects you could find technically better examples in other games, especially as a pure game with it’s random encounters and mostly empty maps. Yet when looked at as a whole experience it’s unthinkable that it didn’t even make the top 500.

Yet when looked at as a whole experience it’s unthinkable that it didn’t even make the top 500.

Yes, come to think of it, I didn’t see SFIII or any other late Saturn games on that list.

The comercial gaming press has been a shit show for so long, I cannot find it in me to do more than laugh and take gratification when they continue to prove it. Yes it is subjective, but as a landmark example of the craft and the progression towards story immersion and production, Azel is clearly more important than any other Panzer Dragoon entry.

Even when they pose as champions of the medium as art, the mainstream media are really just sophist hacks as a rule. A closed circuit of popularity pandering… like everything political.

I honestly think Saga might be obscure enough for no one on staff to have played, so I guess I’ll give them the benefit of the doubt. I wouldn’t think Saga is a game you usually stumble across without digging for it after finding an interest in the series.

Surely games with deep and meaningful stories, complex interactions, rewarding gameplay and fascinating worlds are the best games of all time? Games that have EVERYTHING, not just one dimensional time killers.

Well, that probably depends on who you ask. Sometimes less is more, which is something that really benefits Panzer Dragoon in my opinion. The simple, easily replayable arcade-like gameplay of Orta or Zwei by itself is something I enjoy over all the aspects of Saga.

PDS is in a very weird position, it’s clear those of us who revere it appear insufferable to most everyone else, who have either never played it or played later and didn’t think it lived up to the hype.

So I expect nearly all opinions are totally polarized, you either think it deserves top 20 placement (at the least) or you think it doesn’t deserve to displace any of a hundred other games. There is no way to properly fit a game like that into a list which is trying to appease the mainstream. I can imagine it was seen as easier to ignore it than even try.