Took a while to figure out but finally managed to swap out specific sounds in the Panzer remake. 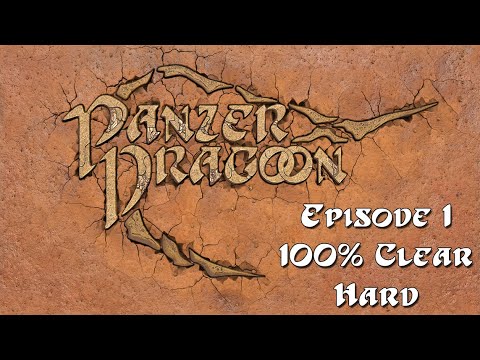 I only replaced a few key sounds, the laser shot, laser lock on, gun shot, dragon hit, wing flap, but now that I’ve done it I can replace more. Unfortunately this requires really clean sound files that I’m having a difficult time getting.
I’d like to replace the sand mites, worms, dark dragon roar, the shockwave effects, etc for episode 2. I’ve tried recording the Saturn version, but can’t cut out the music. Tried the '95 PC version (yes I still have it and it runs on Windows 7) but again, can’t cut the music out. I was told that emulating the Saturn version has the sound files stored separately and I could just replace those files with empty mp3 files of equal length so I looked for that. I found several ROMs of Panzer Dragoon, but only 1 with separate mp3 files, and after I spent the time to alter the mp3s, the ROM doesn’t work past level 1.

If there was a sound test option that’d be great…

I know that Panzer Dragoon Saga used the same (or similar) sound effects for some enemies, but again getting a clean sample is difficult. I’ve seen people access debug menus that show sound test in PDS, but I am unable to reach them. I know there are “instructions” out there and even a save state available for reaching the debug menu in a prototype version but I have not gotten that to work after MANY attempts.

A couple notes:
It looks like they may have programmed the game to play a gun shot sound whenever you fire lasers, so two sounds play at once. Don’t know why.

It also appears that they made the lasers only play one laser blast sound regardless of how many lock-ons you had, unlike the original game which would play one laser sound for each lock-on, but played very rapidly.

Uhg… and I had Discord open while I was playing so there’s a notification sound somewhere in the video. Annoying.

Nice work! The sound effects really change the game, so it’s great to have this option. Are you planning to release this as a patch?

I have no clue how to compile an installer or anything like that and I’m not 100% sure that simply replacing the few files I’ve made will work on other systems/installations/versions.

wow that sounds great! they should really have an option for retro sounds

When asked on the Discord, they said it wasn’t possible and gave no explanation. I’m guessing it’s legal issues.