So this is a PC fan sequel to the Saturn Gungriffon games (not the next gen sequels), it looks pretty rad and faithful (maybe too faithful, I could do without the Saturn draw distance). The creator expanded the gameplay, you can for example order friendly units around. I’ll definitely give it a shot at some point. 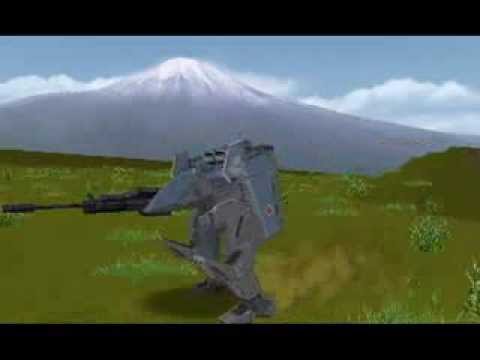 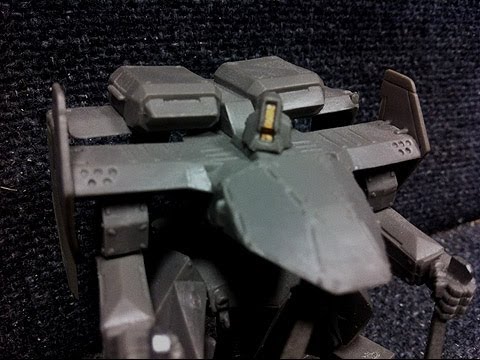 I love all these faux-sims Saturn got, Gungriffon & II, Thunderhawk/strike 2, Stellar Assault SS, the Gundam Side Story trilogy (such great 3D) and more. We missed out on many at the time but they’re still fun to play and feel very unique compared to modern games that either aren’t very good or are complex sims. 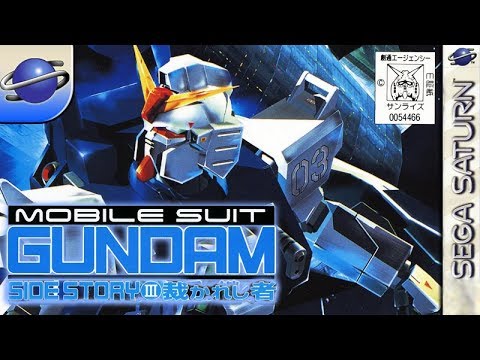 I really wanted to play The Gundam Side story games on the Saturn. I am going to see if I can buy them in the future. They really complete the other Gundam Wing games on the Saturn (which are 2D, but still good). The gameplay in the Side Story games seems really fast and fluid.

I wanted to try to Gungriffon games but I don’t like the dithered effects. A game like that should be able to avoid them (maybe I am being too extreme here). I might give them a try though.

The Darklight game seemed interesting. You can see the differences between the Saturn and PS hardware in each version (the Saturn has stronger lighting effects in certain areas, but the PS version has far better weapon special effects).

We really did miss out to be honest, like you said.

The Gungriffon games are ace. I always liked the chunky polygonal designs of the mechs and vehicles. I don’t take issue with the visuals except for the draw distance and I guess those Gundam games prove it could run a little smoother too but oh well, it’s not particularly bad and the gameplay works fine.

The second Gungriffon supports the twin stick and changes your arsenal a bit. When emulating it with a standard dual analog controller it kinda gives it more modern FPS-like controls if you set it up like that (personally I prefer reversing the pitch so it feels more like vehicle controls), a bit more restricted, clumsier and loose since it’s a mech and not just a human character FPS but yeah, perhaps easier to grasp.

I still like playing the first game with regular old Saturn pad controls though. I use a DualShock4 for twin stick games like that and Virtual On and a Fighting Commander for most other Saturn games.

I’ve played the PS2 Gungriffon game a bit and it really didn’t seem anywhere near as fun and unique.

The Dreamcast Gundam Side Story 0079: Rise from the Ashes seems like it’s heavily inspired by these Saturn Gundam games, just a bit less arcadey with a little bit slower more methodical but similar play.

Stellar Assault SS might look much more primitive than some of these games in some ways but it runs super smooth (60fps with interlacing I believe) and is really worth checking out like a unique amalgamation of old school shmups with their simple linear all out action setup and the modern full 3D space combat games. So it doesn’t have the depth of the latter or some massive campaign (though I can’t understand the story or anything) but it does have the cool factor of the former to make up for it. It’s great.

I tried HIGH-MACS simulator already a bit. The gameplay being mouse and keyboard based is even more like standard modern FPS controls but with the mech arsenal and movement capabilities so it feels a bit more conventional in that way (I’ll see if any controls can be mapped to a flight stick or something but I doubt it, plus it’s so hard you might need all the speed and precision the mouse affords). Other than that it seems super faithful and well made with the way the missions work, your various hud elements, your arsenal and everything else. I’m just saying, the surrounding elements are all there but the core gameplay is more modern so it’s not exactly like playing the Saturn games either, they should be judged separately. It also doesn’t appear to have training levels or anything super easy to get started with so it’s just fast and chaotic from the get go and might seem frustrating before getting the basics (ie don’t try to use your normal cannon to shoot down planes, either some spread machinegun fire or homing missiles are your best bet). Also every element has been expanded in some way so it really does feel like a sequel. There’s no way the Saturn could do all this even if the graphics are still low fi in all the right ways but it would be amazing on the Dreamcast (and look better, closer to Rise from the Ashes but not quite given the scale/action).

Update: you CAN map a dinput flight stick (or gamepad, it seems to only work with the first device it grabs, so you may need to unplug others to map it to the one you want if it isn’t first in line, my stick was so it’s fine for me, I thought it didn’t map to devices because it didn’t accept input from my other pads) to the game functions, I’ve almost got it working like my MechWarrior 4: Mercenaries control scheme but I’m having some trouble, the moment I “turret turn” my “turn” axis also becomes turret turn and both axis have the same result until the turret reaches its max 45 degree angle at which point both axis turn in that direction, and just turret turn in the other etc, even though before doing any turret turning simple turning works as it should. I don’t get it, maybe it’s bugged and I’ll have to play with the mouse and keyboard regardless or I don’t quite understand it yet. And there are training missions (which I can’t progress in before figuring out what it asks, it resets if you do something else) and the survival mode too!

GunGriffion is the best mech game I have ever played and was gutted the sequel was never translated. I quite enjoyed both Dark light and Gundam too. Speaking of mech games, I too enjoyed the port of Mech Warrior and it looked great on the Saturn with nice use of the VDP2

The Dreamcast Gundam Side Story 0079: Rise from the Ashes seems like it’s heavily inspired by these Saturn Gundam games, just a bit less arcadey with a little bit slower more methodical but similar play.

I want to try this one too.

You and I should have made one of these types of games for the Saturn, but towards the end of its cycle with the Sonic R graphics engine. I even think we could have converted G- Police up to a good standard.

I can’t stand those dithered effects. They could have added other effects.

I am definitely going to try The Blue Destiny though. It is my destiny.

Maybe I should try these Gungriffon games for the gameplay and potential? Stellar Assault seemed good. It seemed like one of those early Saturn games where an ace development team really tried their best with terrible hardware.

I think you’re confusing me with someone else lol, this is the second time you say something like this. I’m not a developer, I dabbled in 3d modeling many years ago for a little while but never really pursued it further. Other than that, just like other players, have dabbled in game design ideas here and there, like when we theorized on different genre games for the Panzer Dragoon world some decade(s?) ago around TWOTA. Did a bit of game journalism for a couple years too, but after my army service couldn’t find much related work. That’s all. I like how the Gungriffon games play (but MW4:Mercs is the best mech game), ymmv

I imagine you being an apex game developer in a parallel life and you can convince your other life to do it, and maybe even go back in time.

I actually thought about Saturn modding, but that is a 10+ year project. I think we have better things to do. The Saturn could do better as well, and the dithered effects always annoyed me.

Alex, I think I will try Thunderhawk 2, but what do you really think about Gungriffon? Is it really worth playing? I like what the devs did with the Saturn port of the Battletech game, Mechwarrior 2. They actually understood the hardware (by adding 2D planes that seem 3D, and adding translucency effects).

Thanks for the confirmation. Those graphics annoy me because I know the Saturn could do better, and that might ruin my enjoyment of it, but I might give the Gungriffon games a chance. I am going return to Saturn and DC gaming when the opportunity arises. There were so many games I missed that it breaks my heart.

You could say we’re going backwards, not forwards, but I think there is something here we can take into the future. We shall see.