Back in Saturn era, games were presented in a 4:3 “full screen” aspect ratio. 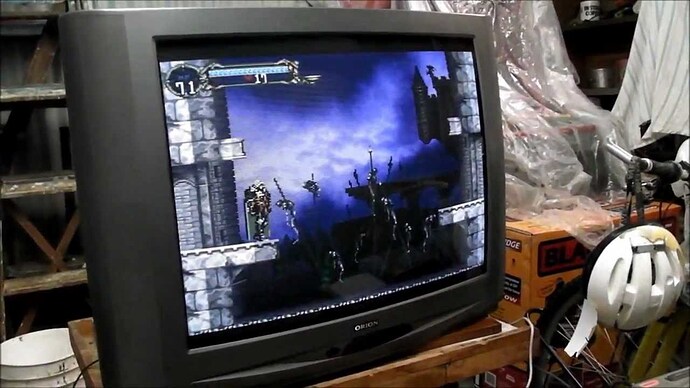 Fast forward 20 years and most gamers these days use a monitor or TV that is a widescreen 16:9 (or the slightly higher 16:10) aspect ratio. 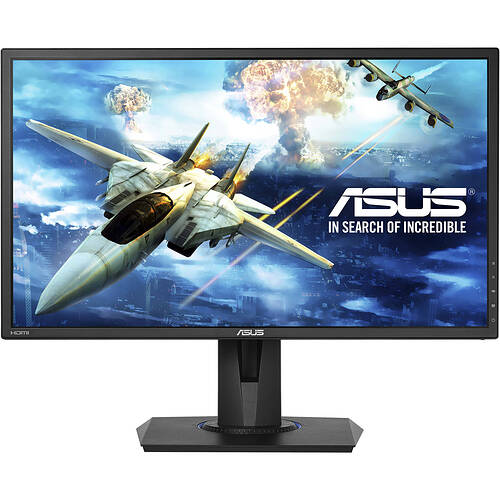 But there has been a growing movement on PC to adopt a 21:9 “ultrawide” aspect ratio, which gives the player a greater field of view. Does this interest anyone here, and has anyone made the jump to using an ultrawide display? 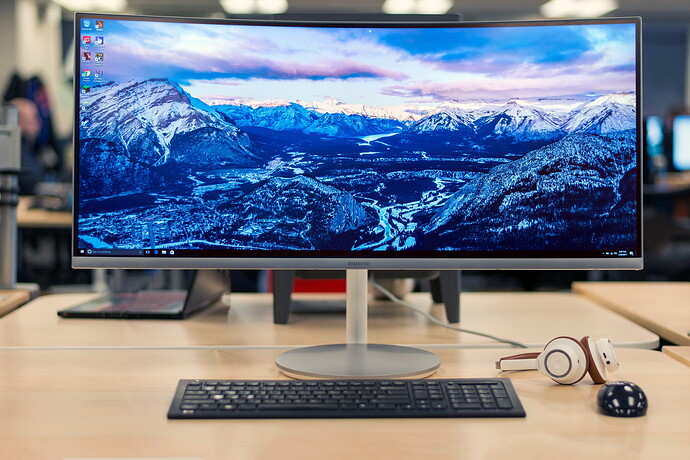 There’s a good YouTube channel called WAF which shows popular games running in 21:9. While most TVs shows are filmed in 16:9, movies are generally 21:9. And while console games are usually stuck in 16:9, there’s a growing number of PC games that support wider aspect ratios.

I currently game on a tiny 15" laptop screen (I game directly on the laptop and use an Avermedia capture box to display PS4 Pro games on it). It’s a relatively portable setup, but the small screen isn’t ideal for games with small menus and text. And generally gaming on larger displays is more fun. So, at some point I’ll be looking to get some kind of larger display, with the intent of making it last a long time and be relatively future proofed for next 10 years or more. The question will be whether to go for a more traditional 16:9 display (a 4K TV or monitor) or a 21:9 monitor.

There’s also this somewhat ridiculous 32:9 display which is the same aspect ratio as two 16:9 monitors running side by side.

But in my opinion, it’s just too wide.

While it does look interesting I think 16:9 is as far as I’d want to go. 21:9 would only work if you had a ridiculously large screen. I guess I’d have to see a game running on it to judge it one way or the other.

I use two ultrawide monitors on my setup. I forget the exact sizes, but I honestly couldn’t ever go back to 16:9 for PC. I love all the room and the wide viewing for gaming as well as when using lots of programs. For heavier games (I play a lot of Monster Hunter World) you definitely need strong hardware to have a stable 60 fps.

The problem with adoption of 21:9 is that large displays will require MORE space than a 16:9 equivalent. I would suggest 16:9 will be more than good enough for the next 10 years but, if it wasn’t and 21:9 became a thing, would you regret buying 16:9?

21:9 would only work if you had a ridiculously large screen.

A lot of the 21:9 monitors are 34”, which is fairly large by monitor standards (around the same height as a 16:9 27” I believe). Also, many are curved. The idea is that the screen wraps around you for a more immersive experience.

I use two ultrawide monitors on my setup.

That sounds like an interesting setup. I would have thought a single ultrawide would be enough for gaming, but I guess it allows you to have other stuff open while you game? Are they 1080p 60htz or greater? Some of the videos I’ve watched recommended 1440p and at least 100htz, although I’ve honestly never felt there was a problem with 60htz. Less than 60fps is quite noticeable if you sit close to the screen, although since I usually game with a controller at a bit of a distance, less than 60 can be acceptable.

The problem with adoption of 21:9 is that large displays will require MORE space than a 16:9 equivalent. I would suggest 16:9 will be more than good enough for the next 10 years but, if it wasn’t and 21:9 became a thing, would you regret buying 16:9?

Many of the ultrawides have a small, centred stand, so it’s less of a problem if it is wider than the desk. That’s a good point about efficient use of space though, since rooms generally have more free vertical space than horizontal.

I don’t see 21:9 replacing 16:9 anytime soon, if at all. There’s no current push for it in the TV space; I don’t know of a single modern TV show or TV that isn’t 16:9 (are there any?). I see 21:9 as more of a fun alternative in the PC space, since ultrawides offer some benefits for productivity (great for long video editing timelines or multiple windows open instead of a multi-monitor setup), so why not add support for games on these monitors too? For those who primarily game on consoles and watch TV, the immediate future is much more clearly pointed at 4K 16:9.

To answer your question, I wouldn’t regret getting a 16:9 instead of a 21:9 monitor unless I end up doing a lot of PC gaming that would have taken advantage of that extra field of view, but I might regret getting a 21:9 if I don’t use the extra space and have to play and watch most content in a 16:9 letterbox. Perhaps the no regrets, default choice is just to go with a good 4K 16:9 monitor.

If you don’t wanna go all out like I did one ultrawide is definitely enough for gaming. I am a game dev so it’s also really useful for having lots of programs open that I need to see all at once, but it’s been really nice having my game take up one screen, and then have Discord and browser split with the other. I looked up their specs and they are 2560x1080 75htz, 29inch.

Sounds like a nice setup. I will likely go for a single monitor (maybe 1440p if it’s an ultrawide) since it’s mainly for entertainment and I use my iPad as a secondary, informational screen since it’s not fixed in one place. The main choice will be between 16:9 and 21:9 for the main screen.

I ended up getting a 16:9 monitor (this stunning 32” 4K HDR display) so I can use it for consoles without letterboxing. It provides a bit more flexibility if I decide to go with consoles instead of PC going forward, whereas 21:9 might be better for those who have made a more fixed decision to game primarily on PC.

I’ve running the PS4 Pro on it and it’s looks absolutely stunning displaying games like God of War and Red Dead Redemption 2. I can certainly see @LucensLuxFatalis’ point about needing a lot of grunt to take advantage of the higher resolutions of these high end monitors; the cost is particularly evident in console games that don’t give the option to run at a lower resolution for better performance (Skyrim: Special Edition, I’m looking at you).

Thanks everyone who contributed to the discussion. While I won’t be playing in 21:9 anytime soon, it’s certainly an aspect ratio I’ll be keeping an eye on as it becomes more widespread.